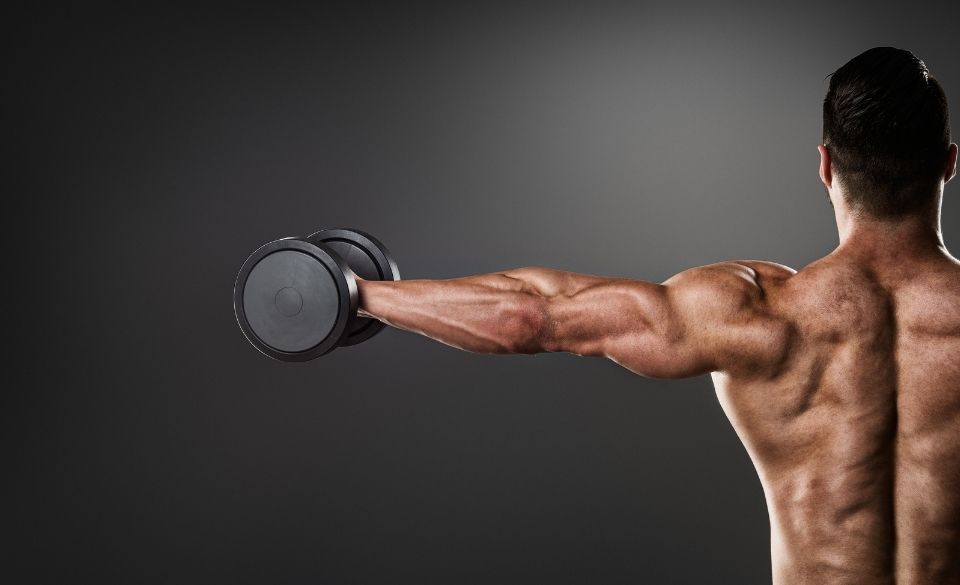 Chuck Ahrens – Legend with The Widest Shoulders in The World

Throughout history, people have become famous for feats of bodily wonder. You have Andre the Giant, for example, who was known for his towering height at over 7 feet tall. There are Guinness World Records for the tallest, the shortest, and the longest among us.

Sometimes though, there are just rumors. There’s no official evidence of someone having an abnormally large part of their body. But some people swear by seeing them in person. Chuck Ahrens is one of these people.

Who was Chuck Ahrens? We’ll be investigating that question, and more in this article. 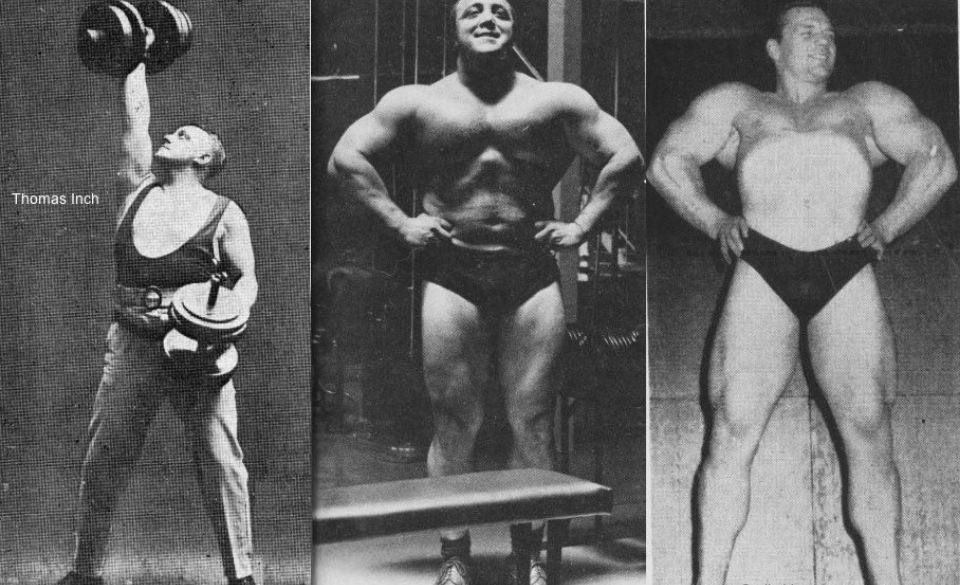 Chuck Ahrens – The Man, The Myth, The Legend

Chuck Ahrens was something of an enigma. Also called ‘the man of mystery’, not much is known about him or his personal life. The snippets we have tell his tale through his (anecdotal) appearances at bodybuilding competitions, and some rare photographs of him in his prime.

Chuck Ahren is revered as the bigfoot of bodybuilding. He was a simple guy. He preferred to keep to himself and didn’t like to boast. Ironically, that fact gave him a lot to boast about…because back when Chuck Ahrens was active, and even now, not liking to boast is a rare character virtue.

The reason Chuck Ahrens became such a cult legend is for a few reasons. For starters, he had a damn good figure. He had a good balance of muscle mass and body fat. By looking at them, you knew he could both kick your ass and give you a bear hug.

Another endearing feature of him was that he was so humble. Chuck Ahrens probably didn’t try to sell you on his all-natural organic protein supplements every time you talked to him.

Man With the Widest Shoulders in The World

If you were wondering, an average male who doesn’t lift has an average shoulder width of 16.1 inches. For females, the average is 14.4 inches.

For someone who lifts regularly, shoulder widths can go as high as 20 inches for males. This is usually only achieved with good genetics and focusing on building muscle and width in your shoulders. Really though, it’s mostly genetics.

Sometimes genetics can decide that you have a bone structure that makes you naturally have broad shoulders. Other times, it’s a different factor. The other possible determination of having wide shoulders or not is the length of your muscle belly.

Comparing his shoulders to the average, how impressive was Chuck Ahrens shoulder width anyway?
We could compare Chuck Ahrens to a non-lifter, but that wouldn’t be fair. Of course, his shoulders are going to be bigger than someone who doesn’t try to get big shoulders.

When we tell you the figure, keep in mind what the maximum potential for a heavy bodybuilder’s shoulder width is – around 20 inches.

The last time they were measured, when he was in his prime, Chuck Ahrens had a shoulder width of 28 inches.

Oh, and that was a non-expanded measurement by the way.

When you look at pictures of Chuck Ahrens, sure, his shoulders are pretty big. But you’d be forgiven for not thinking they were anywhere near 28 inches.

It’s probably because he was proportionate. His shoulders were built, but so was the rest of him. The measuring tape doesn’t lie though, and when measured at an Iron Man contest, Chuck Ahrens had 28-inch shoulders. 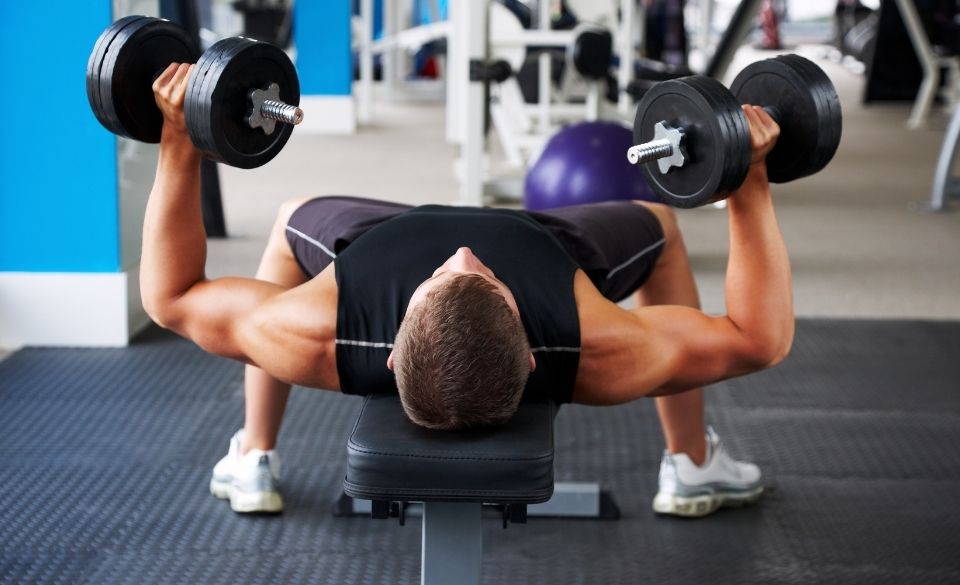 The answer to building huge shoulders like Chuck Ahrens is the dumbbell press. This variation of it specifically is named the Ahrens press, after the legend himself. Hopefully, you have a set of dumbbells or know where you can use some already.

The Ahrens press focuses on building your shoulder muscles, meaning it’s a home stretch to the broadest shoulders this side of the solar system. Here is a step-by-step guide to the Ahrens press.

1. Hold the dumbbells in both hands, and them to shoulder-width. They should be held in an overhand grip.
2. Push your arms upwards like in a Y pose, then bring them back down.
3. Repeat 15 times, for 3 sets. 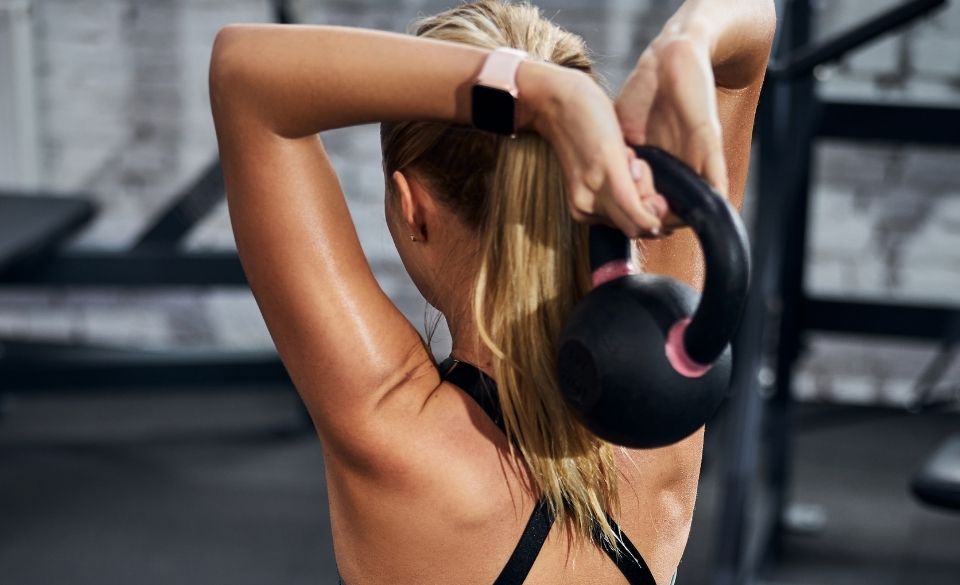 Ahrens press alone not enough? If you want to build shoulder muscle faster, you can try the full Chuck Ahrens shoulder workout.

When asked, Chuck went on record to say that his favorite exercises were “curls, dumbbell presses, and triceps presses on a bench with a barbell”. He also ate a lot of steak, for the protein. Also, because steak tastes amazing, probably.

That should be as much info as you need to work out just like Chuck Ahrens did. Focus on curls, dumbbell presses, and work your triceps with the barbell. If it sounds too simple, it’s probably because it is. Like we said, Chuck Ahrens wasn’t a boastful guy.

To most lifters, seeing him show up with his 28-inch shoulders was a cultural reset on how big someone could get naturally. To Chuck Ahrens, it was just another Tuesday.

In conclusion then, Chuck Ahrens was a stand-up guy. His huge shoulders were what he became notorious for, but the most important takeaway is that they weren’t his whole personality. He lifted and entered competitions for fun and didn’t let it consume his life.

Looking to build huge shoulders just like Chuck Ahrens? We have you covered with workout guides, WODs, routines, diet plans and more. 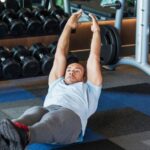 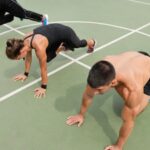