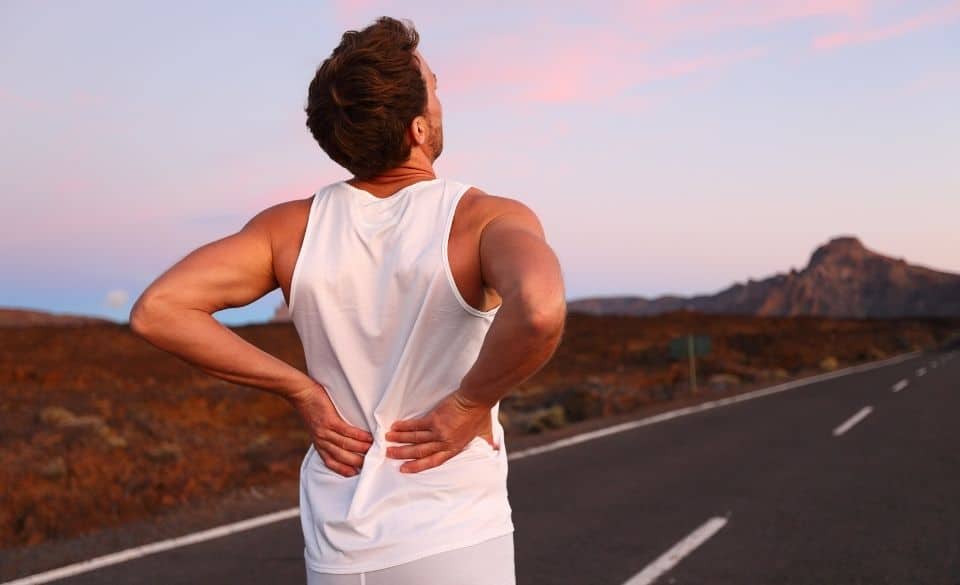 Can Running Hurt Your Back? Back Pain From Running Guide

Many runners have experienced back pain, in the middle, upper and lower regions, but can running hurt your back?

Poor running gait and muscle-related issues can cause the runner to experience pain in the lower, middle, and upper back areas. In this article, we look at the possible causes of back pain after running and how you should deal with it.

Can Running Hurt Your Back? A Complete Guide

In most cases, running isn’t the prime cause of back pain. In actual fact, runners experience less back pain than that of the average person.

However, running can intensify pain in the lower, mid, and upper sections of the back. So it is important not to overdo the training when you start to experience any signs of back pain.

Most back pain after running is caused by muscle-related issues. This happens when muscles surrounding your back, core, glutes, and hamstrings aren’t strong enough to handle the repetitive stress of running. If all the bones in the vertebrae are functioning well, you are less likely to see issues arise. That is, unless you are running with improper form.

Improper form can dramatically increase stress on the back and surrounding muscles. This can contribute to other problems, such as hip, knee, and ankle pain. If you are a heel striker, you are more likely to increase the stress on the muscle and ligaments of the spine. While the mid foot striker produces much less stress through the back muscles.

READ   Runners Toenail - What Is It? Causes, Treatment and More

To prevent hurting your back while running it is important to do a thorough warm-up prior to running. Make sure to stretch the hamstrings as well, which will help to minimize the stress on the lower back. Working on your running technique and doing strength training is also important, particularly with the core muscles of the back.

Can You Run With A Bad Back?

Although many people don’t think you can run with a bad back, it can actually be beneficial depending on the diagnosis. A study during 2014 recommended aerobic exercise as a form of treatment for lower back pain. Another scientific report stated that runners have much healthier discs compared to non-runners.

Often back sufferers have a weak core, and the back pain is mechanical. This means if you have a structurally normal spine, running can be beneficial to the recovery process. But for those people suffering from structural back pain, sometimes running is not an option.

If the spine has structural problems, running can often worsen the condition and the treatment should then be indicated by a physician. 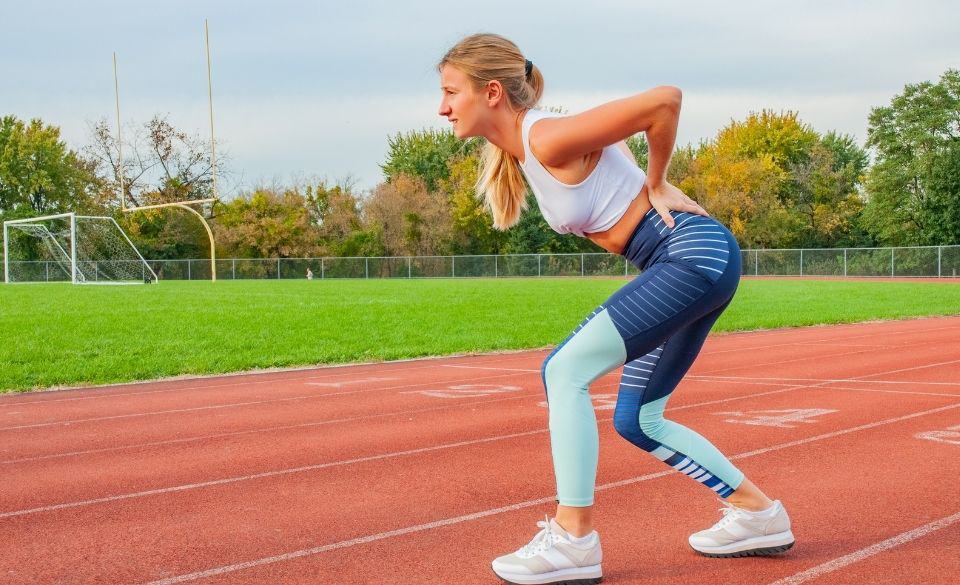 Why Is My Back Sore After Running?

You may not experience any pain during a run, but sometimes your back becomes sore after running. This is sometimes caused by the muscles and ligaments stretching or tearing too much, often causing stiffness, spasms and in the worst case, pain. But don’t be disheartened, light strains or sprains in your back can sometimes be treated from home.

By limiting physical activity for a few days, you will allow the muscles and ligaments to heal. Then you can slowly begin to exercise after 2 to 3 weeks. During the first 48 to 72 hours, it is important to apply ice and if needed take some over the counter pain relief.

READ   Salt Tablets For Runners - What Are They? & Why They Can Benefit You

Middle Back Pain After Running

If you experience middle back pain after running, your posture could be the reason. Pain in the middle and upper regions of the back are often related to slouching. This relates to inflammation surrounding the thoracic region of the spine.

Since the thoracic spine doesn’t contort the same way as the upper or lower spine does, there is less wear on the discs. Because of this, pain in the middle of the back doesn’t come directly from the spine, it comes from the muscles that support it.

Lower Back Hurts While Running

If your lower back hurts while running, it is often due to poor running posture. This is caused by the runner pushing themselves forward while running. It can also be caused by tight hamstrings which increase the strain on the lower back, which is called Piriformis Syndrome.

Piriformis Syndrome is inflammation of the piriformis muscle, which is located in the buttocks. This muscle helps to support the rotation of the hips. When it becomes irritated it can cause pain in the lower back region and sometimes buttocks. 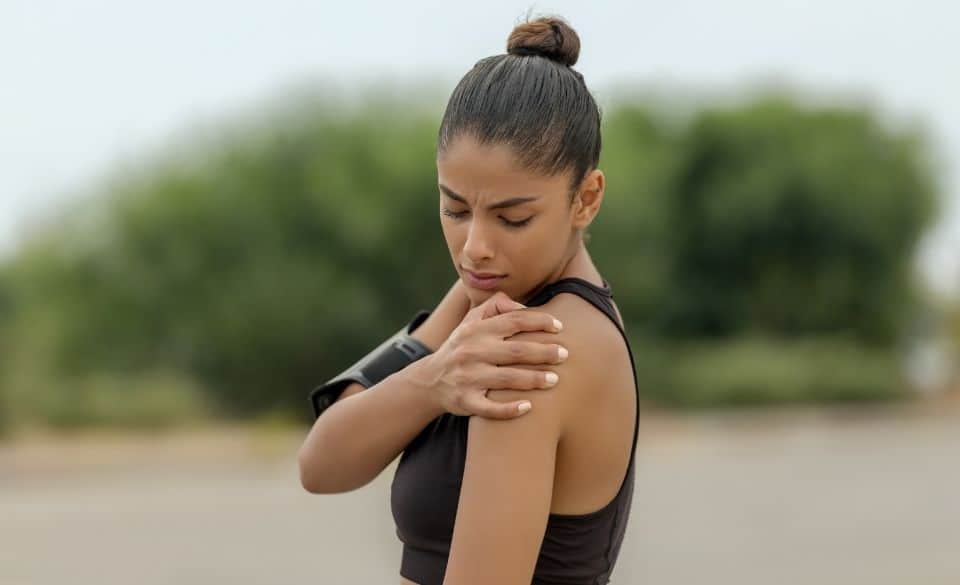 Shoulder pain while running is a common occurrence with runners. This is caused by extra tension across the upper body. It is usually seen in the runner that consistently holds extra tension in their shoulder muscles. This then leads to shoulder pain, but there are a few things you can do to eliminate the discomfort.

1. Focus on dropping your shoulders after taking a deep breath.
2. Shake out your arms multiple times during a run.
3. Make sure your body is positioned correctly while running.
4. Stretch during and after your run.

READ   Why Do Runners Need Pacers - The Ultimate Guide

If you experience shoulder pain after running long distances, it is a sign that your running technique is fatiguing. This can be from lack of long runs or mileage, forcing the upper body to take the load from other areas. Remember to slowly build up your long run. Doing so will place less stress on the muscles and ligaments, you learn to relax more as the distance gets longer. 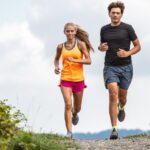 What Causes Muscle Imbalance In The Legs 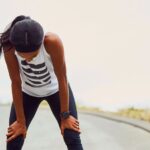 Exercise Induced Bronchoconstriction – What You Should Know 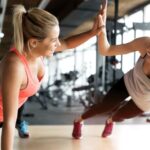 How To Lose Weight In Legs – A Complete Guide 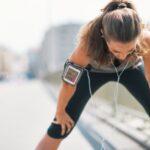 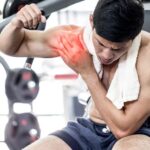 Body Pain After Gym First Day – What Should You Know 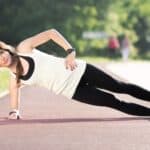 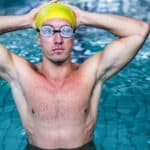 Dizzy After Swimming? A Complete Guide To Vertigo From Swimming