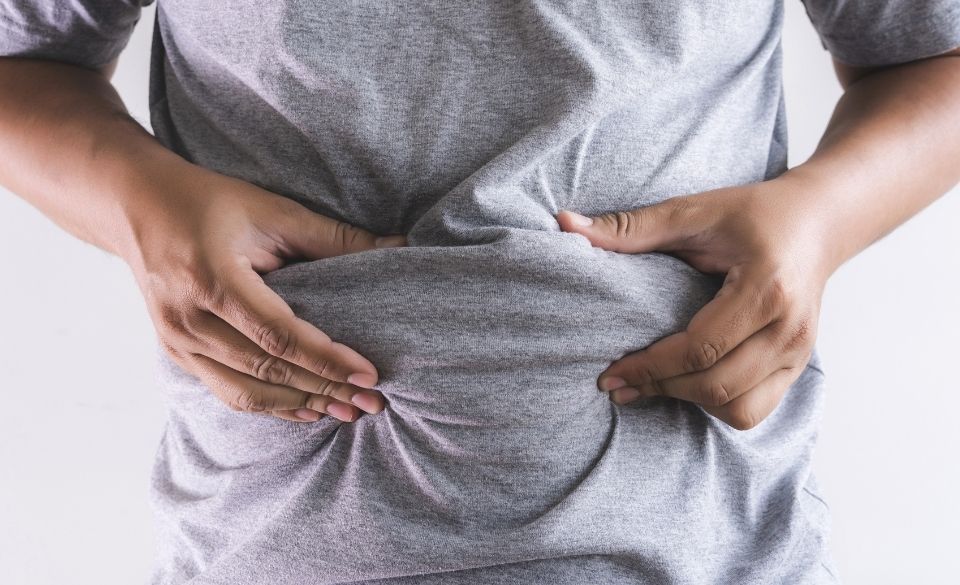 Getting toned abs is the best visible proof of gains you can have, and especially on social media people love to show off the progress they’ve made, complete with before and after pictures of their abs – their success is great, good for them!

You’ve been putting in the hours, eating right, following the best guide for ab workouts, you’ve definitely lost weight and your abs have improved from even just a couple of months ago…so why don’t your abs look like other people’s online?

This is a guide to what bad ab genetics are, how to fix them, how to find out if you have them, and more.

Bad Ab Genetics? Here’s What to Do

The first thing you should do if you have bad abs is to try and figure out what the cause might be. Despite them being referred to as genetics, in some cases, there are things you can do to stop uneven abs.

There also isn’t one single genetic cause for bad abs – ‘bad ab genetics’ can refer to a couple of factors about your body that you can’t control.

For example, some people’s genetics mean that they store more fat in certain areas of their body than others – bad abs can be the result of uneven fat build-up in the abdominal area. This can be fixed by focusing on abdominal and core-building exercises to reduce the fat in this area.

Uneven abs can also be due to muscle weakness. Sometimes this is the result of a hidden injury, but other times its just genetics. Muscle weakness that causes bad abs will often be in the back muscles, and other signs you might notice will be back pain and uneven shoulders. 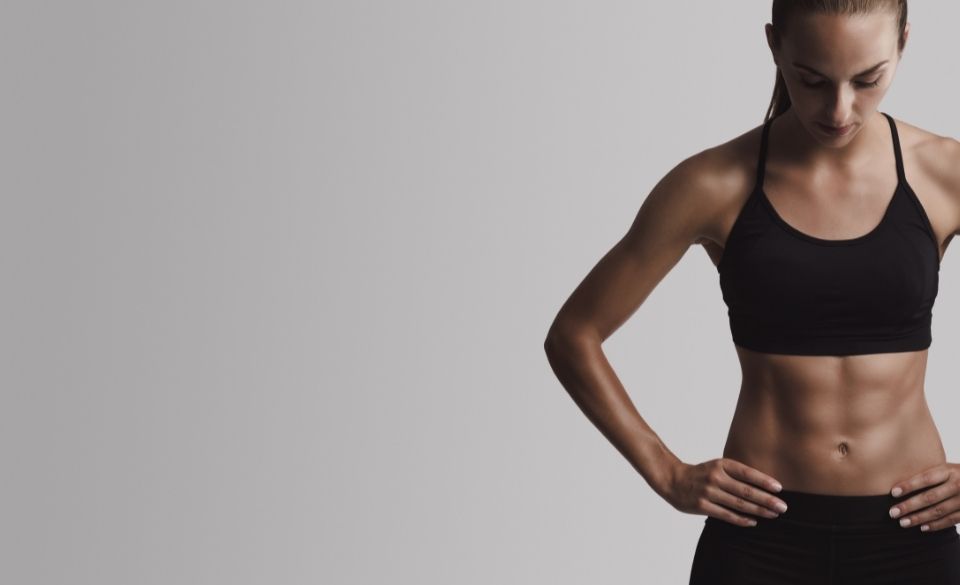 Being able to develop a 6 pack or an 8 pack is dependent on parts of your abdomen that form ‘bands’ of muscle.
Most people will have 1 band running down the length of the abdomen, and then 1 more band running across. Surprisingly, the majority of people can only form a 2 pack of abs.

The next most common structure is having 2 bands, meaning you have a 4 pack. This is often a more realistic standard, but still, only a small % of people can get this far.

Some lucky people will then have 3 of these bands forming rows. 3 bands mean you get a six-pack.

However, some people will have a 4th band of muscle below the 3rd band. This adds a possible extra row of muscles and allows for genetically blessed people to form an 8 pack. 3 bands or 4 bands are what’s commonly hailed as ‘good ab genetics.

Think of any built superstar, professional athlete, or muscular model, and you’ll probably think they have great ab genetics…that’s not always the case.

Did you know that Dwayne the Rock Johnson, former professional wrestler, and everyone’s secret crush, has bad ab genetics?

READ   Muscles Still Sore After 4 Days Training - What Should You Do?

Despite him being one of the modern peaks of physical fitness, he genetically cannot form a visible 6-pack. If you look back at pictures of his father in his prime, you’ll see that they share the same abdominal structure, meaning that it really is down to genetics.

Good ab genetics on the other hand will look symmetrical, defined, and evenly sized. You’ll be able to count whether there’s a 4, 6 pack, or an 8 pack. 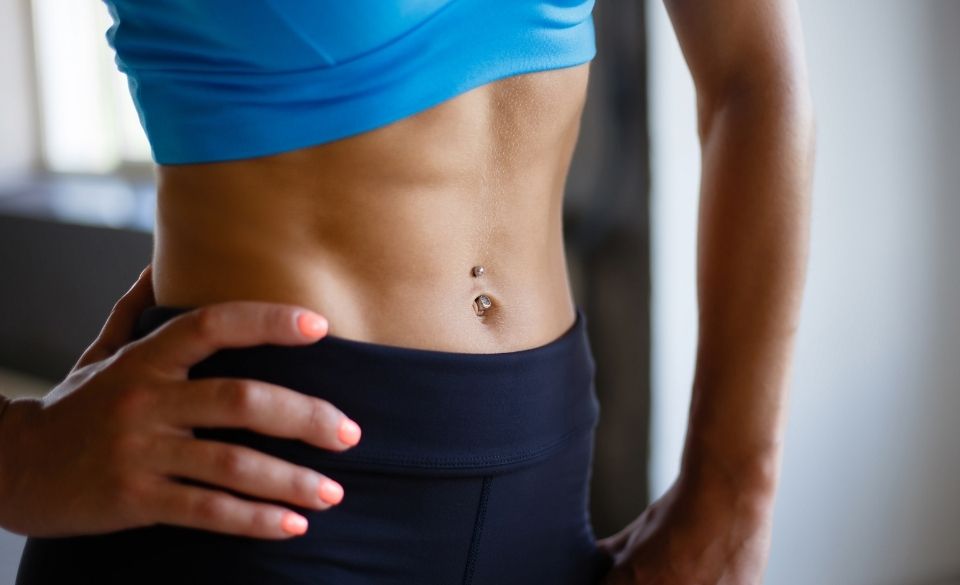 Only 15% of people have the genetics needed to have a 4 pack of abs, meaning that while you might not think of them as the best ab genetics, you’d still be in the top 85% of people.

1. Body Fat: To define your abs, you need to have below 15% body fat percentage for an adult male, and below 20% for an adult female.

2. Nutrition: Working out alone isn’t enough to define your 4 pack; you also need to eat right. Diets that have had success for other people include the paleo diet, keto diet, or intermittent fasting. Consult your doctor before starting any new diet, as they’ll be able to recommend the best nutrition plan for you.

3. Exercise: When trying to tone your abs, it’s about the quality over the quantity of your exercise. You’ll want to do routines that build muscle around the abdominal area such as planking, crunches, and mountain climbers.

How To Fix Uneven Abs?

If you’ve already noticed yourself developing some uneven abs, and you’re bothered by it, it’s not too late to fix it. There are some exercises that are perfect for promoting an even formation of muscle on both sides of the abdomen. These include:

1. Dumbbell Carry: Start with a weight that’s slightly higher than you’re used to. Pick up the weight and keep your posture even while carrying it for as long as possible.

2. Side Planking: Lie on your side with both feet together, then raise yourself as high as possible with your forearm. Keep your core tight and hold this position for as long as possible.

3. Cardio: Exercises like running and jogging can help to get rid of excess abdominal fat, which is one of the causes of uneven abs.

Bad ab genetics is something that you sometimes can’t control – don’t worry. The steps in this complete guide will help you to fit your routine to your ab genetics, which is key for building even abs that you can be confident in.
We’ll have more information about ab genetics, ab workouts, diets, and more so don’t forget to check back. 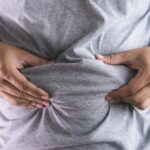 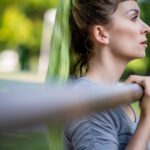 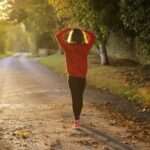 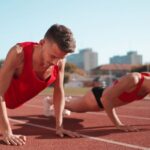 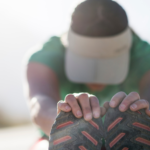 Can You Exercise With a Broken Toe? A Complete Guide