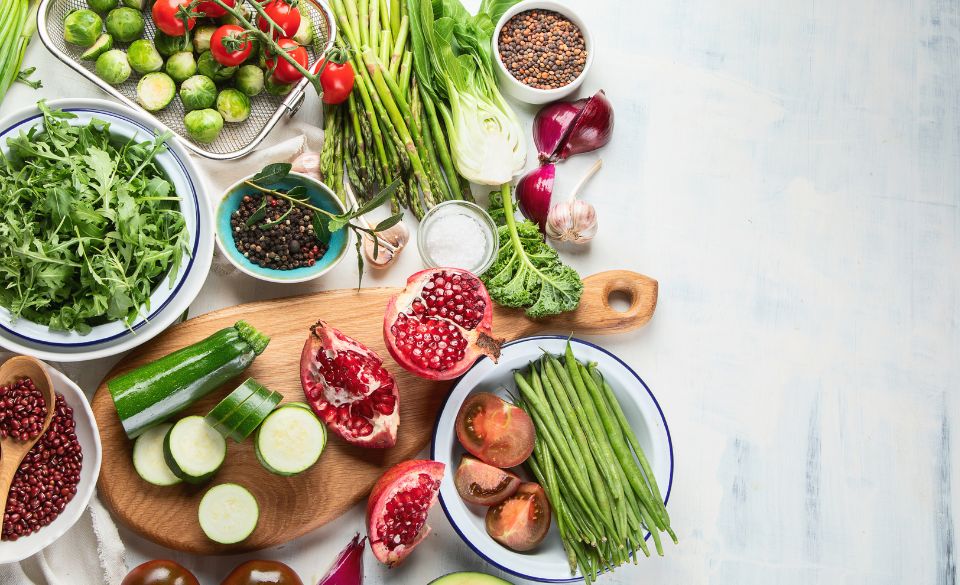 There are many reasons why runners should become vegan. First and foremost, it is a highly effective way to improve your overall health and fitness. A plant-based diet has been shown to improve cardiovascular health, reduce inflammation, and boost energy levels – all of which are essential for runners.

In addition, veganism is environmentally friendly. The livestock industry is a major contributor to greenhouse gas emissions, so by switching to a vegan diet, runners can help reduce their impact on the planet.

Finally, veganism is ethically consistent with the values of many runners. Running is often seen as a sport that promotes compassion and respect for all living creatures, so it makes sense that more and more runners are choosing to align their diets with their values.

There are many compelling reasons why runners should become vegan. By making the switch, you can improve your health, help the environment, and adhere to your ethical values – all while continuing to enjoy the sport you love.

1. Vegan runners tend to be thinner and lighter than their meat-eating counterparts, which gives them a natural advantage when it comes to speed and agility.

2. Vegans also have lower levels of cholesterol and saturated fat in their bodies, which has been shown to improve cardiovascular health and endurance.

3. A plant-based diet is naturally high in fiber, which helps to regulate digestion and keep the body feeling light and energized during a run.

4. Vegans tend to have more efficient metabolisms due to the high nutrient density of their diets, meaning they can convert food into energy more efficiently and sustain a higher level of activity for longer periods.

5. Finally, many vegans report feeling a heightened sense of well-being and mental clarity when they run, which can lead to improved focus and performance.

How To Transition To Becoming Vegan If Your A Runner?

If you’re a runner who’s looking to transition to a vegan diet, there are a few things you need to take into consideration.

First and foremost, it’s important to make sure that you’re getting enough protein. This is especially important if you’re training for long-distance running events. There are plenty of vegan-friendly protein sources out there, so do your research and find ones that work for you.

Second, you’ll want to make sure that you’re getting enough of the right nutrients. Again, do your research and talk to a nutritionist or doctor if you have any questions. Finally, listen to your body.

Everyone is different and will respond differently to a vegan diet. If you start feeling run down or sick, it’s important to listen to your body and make changes as needed.

Transitioning to a vegan diet can be a great way to improve your health and performance as a runner, but it’s important to do it in a way that works for you.

Is A Vegan Diet Healthy For Runners?

There is a lot of debate surrounding veganism and its impact on health, particularly when it comes to athletes and those who are physically active. Some people argue that a vegan diet is perfectly healthy for runners, while others claim that it can lead to deficiencies in key nutrients. So, what is the truth? Is a vegan diet healthy for runners?

The answer may depend on several factors, including what types of foods you eat as a vegan and how well you plan your meals. Generally speaking, however, a vegan diet can be healthy for runners if it includes plenty of whole grains, fruits, vegetables, and legumes. These foods provide the body with important nutrients like carbohydrates, protein, iron, and calcium. Additionally, it’s important to make sure you are getting enough vitamin B12, which is found in fortified foods or supplements.

That said, every runner is different and some may find that a vegan diet doesn’t work for them. If you are considering going vegan, it’s important to speak with a registered dietitian or your doctor first to ensure that you are getting all the nutrients you need. They can also help you create a meal plan that meets your specific needs.

Many famous vegan runners have made a name for themselves in the running world. Here are just a few of them:

– Scott Jurek is a famous ultramarathoner who has won some of the most prestigious races in the world, including the Western States 100 Mile Endurance Run and the Badwater Ultramarathon. He is also a bestselling author and public speaker.

– Brendan Brazier is a professional Ironman triathlete and former professional marathoner. He is also a popular author and speaker on plant-based nutrition.

– Rich Roll is a highly successful ultrarunner and triathlete, as well as a popular podcast host and author. He has written two books on plant-based nutrition, including the bestseller “Finding Ultra.”

– Mac Danzig is a former professional mixed martial arts fighter and current vegan chef. He has written a popular cookbook called “The Zen of Veganism.”

– Tim Van Orden is a famous ultramarathoner and trail runner. He is also the author of “Running on Empty,” a book about his experiences running long distances on a plant-based diet.

The Pros and Cons of Veganism for Runners

Some potential benefits of a vegan diet for runners include improved blood sugar control, reduced inflammation, and increased antioxidant intake. Vegan diets can also be lower in calories and fat than non-vegan diets, which can be helpful for runners who are trying to lose weight. However, a vegan diet may also lead to deficiencies in certain nutrients, such as iron, B12, and omega-3 fatty acids. It is important for runners who are considering a vegan diet to speak with a Registered Dietitian to ensure that they are getting all of the nutrients they need.

Some runners may find that they have more energy and fewer injuries on a vegan diet, while others may find that their performance suffers. The best way to determine if veganism is right for you is to experiment with different diets and see how your body responds. There is no one-size-fits-all answer when it comes to the best diet for runners. Ultimately, the best diet is the one that makes you feel your best and perform your best. 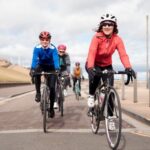 How Do You Ride Your Bike On The Road? 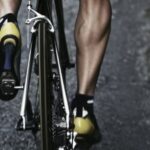 Why Do Cyclist Have Big Calves? All You Need To Know! 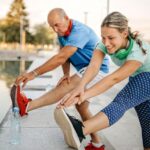 How To Warm Up For Exercise – A complete Guide 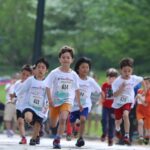 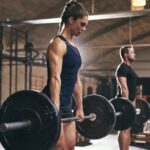 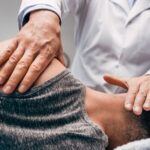 Why do Runners Need A Chiropractor? A Complete Guide 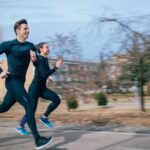