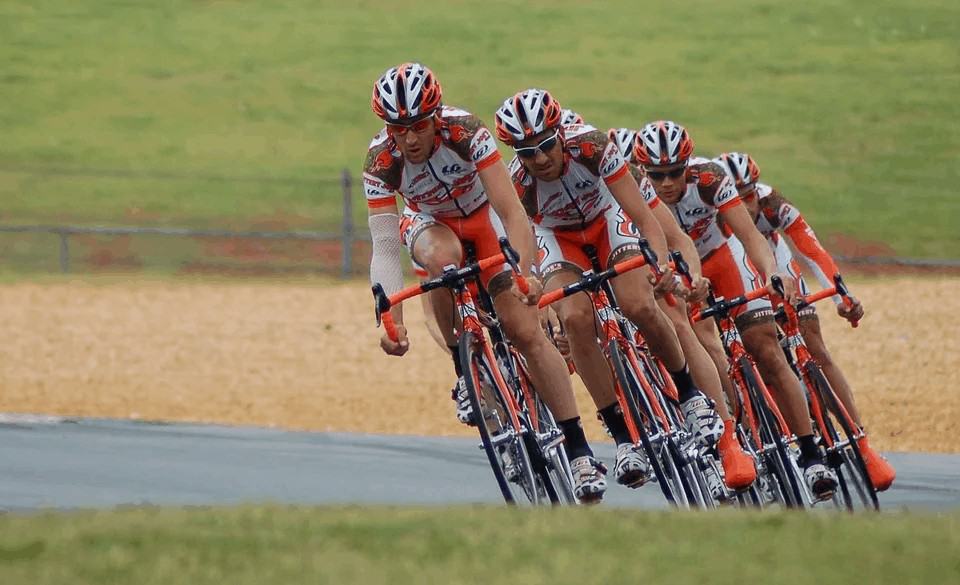 FTP In Cycling – A Complete Guide To Threshold Power Cycling

If you have been training for some time, you might have come across the term FTP. It stands for Functional Threshold Power and is a metric that indicates the average power a cyclist produces over an hour’s time. It is a standard measurement used to determine the cycling performance and is used in small to the biggest cycling events and races.

Measuring the FTP allows tracking your performance and progress and helps adjust your preparation methods for an upcoming competition. In this guide, we look at everything you should know about this metric so that you can power up your cycling game. 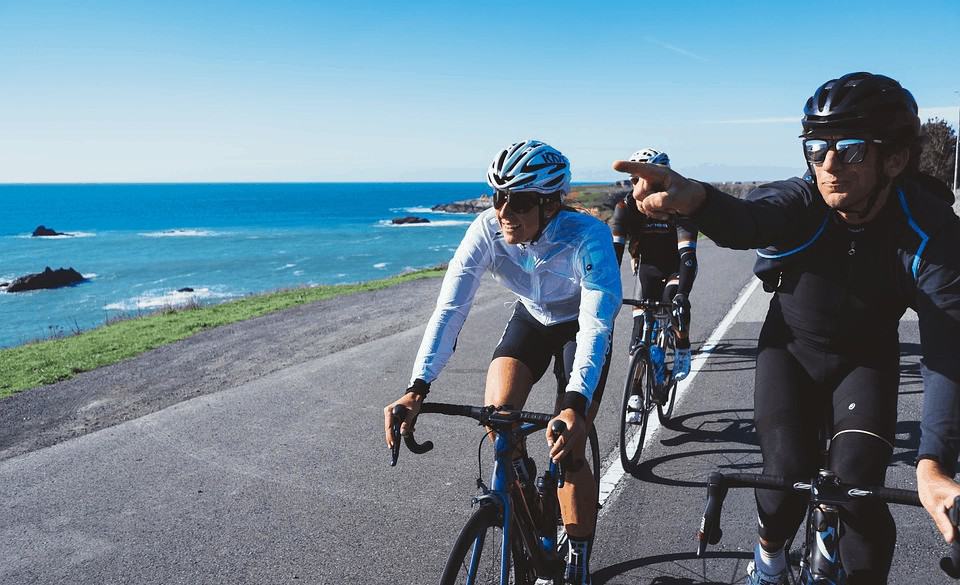 FTP In Cycling – A Complete Guide

Functional Threshold Power or FTP is a term that most coaches and veterans use everyday. However, it can be confusing for new cyclists. It is important to understand what this cycling metric means to be able to optimize the training.

FTP is a representation of your ability to sustain the highest possible power output in a period of one hour. It is a significant measure of fitness for riders. FTP is measured as watts per kilo and is the power divided by the weight of the rider.

FTP is generally calculated using a 20-minute test because this is something you can test regularly to see improvements. Measuring FTP is a good way to find out if you are really getting faster rather than just believing it because you performed better than others.

READ   Cycling Fasted - Should You Go Cycling Before Breakfast?

To test for FTP, you need a bike with some type of power meter that can measure how fast and hard you can pedal. It measures the power in watts. If you don’t have a power meter, you can consider using a gym bike that measures power.

You ride as hard as you can for 20 minutes and measure the average power output. You can then multiply this power by 95% to get an estimate of your FTP. This method gives pretty accurate measurement.
Once you measure your FTP, you should also measure the body weight at that time. This allows looking at the power output in terms of power to weight ratio. Divide the power output by your body weight in kilograms to get the ratio.

FTP is an accessible measure of fitness when used with other metrics like heart rate and body weight. Testing your FTP every four weeks can help you track your progress when you prepare for an event or race. The best case is when the threshold improves, weight reduces and the heart rate remains the same.

Once you know your threshold power, you can set your power training zones. You focus on different types of training to target the systems you want. This training is often periodised so that you can work on various attributes at different times to suit your fitness goals. These zones allow using the right intensity for aerobic, anaerobic, metabolic and muscular training.

There are various workouts you can perform to maintain and improve your threshold power. Here are some of the most significant ones you can focus on.

READ   How to Bike Uphill Without Getting Tired? Get Better at Cycling up Hills

Sweet Spot
Carried out between 88 to 94 percent of the FTP, sweet spot efforts offer an effective way to build the threshold. They are generally done earlier or middle season to rebuild for races. The duration can vary depending on the cyclist but should aim at extending the number and length of intervals.

Threshold Level
Directly targeting the FTP improvement, threshold workouts should be done between 96 to 105 percent of the threshold power. The goal here is to improve the time you can spend and should push your limits.

Steady State Tempo
The foundation workout for most cyclists, tempos are great for those who want to improve their muscle endurance or those preparing for endurance events. Steady state tempo workouts fall in the range 76-88 percent of FTP. The efforts should last from 30 minutes to 2 hours.

VO2Max
This training works for cyclists who want to improve their sprinting. They last 3-8 minutes and are quite challenging to perform. The intensity can range between 105 and 120 percent of the FTP based on the interval duration. They should be planned well because they need proper recovery after completion.

Once you have measured and calculated your functional threshold power, you can easily compare your performance level with some of the most serious cyclists from across the world using the Functional Threshold Power Charts that list the metrics for athletes from beginner level to World Champions.

The FTP charts are available for men and women and show the maximal power output in Watts or watt/kg for different levels of cyclists. You can get an idea of the best power outputs the cyclists have sustained for durations ranging from one second to up to two hours.

READ   Cycling Training With RPE For Beginners - What Is RPE And How Is It Measured? 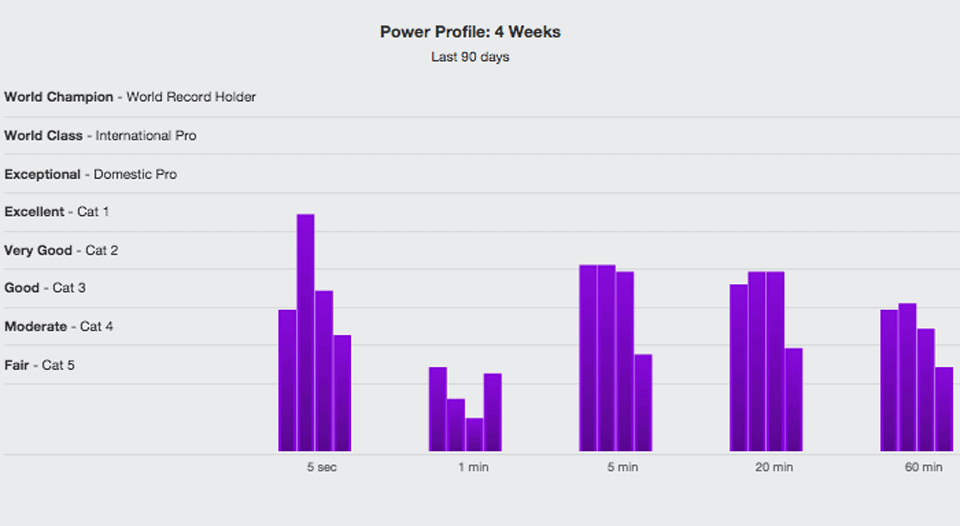 What Is A Good FTP In Cycling?

It is not relevant to compare your FTP with other riders. The highest FTP may not be the winner. It is the highest ratio of power to weight that matters. The FTP is not a comparative metric but is rather a personal measurement for training. If the FTP improves and weight goes down, it means your cycling performance is improving.

It is difficult to find the best FTP for cyclists because a bigger rider can have a higher FTP yet he doesn’t ride faster. A more useful way to compare is using the watts/kg metric. An average cyclist with some fitness can put out 250-300 watts on a 20-minute FTP test while the professionals have an average of more than 400 watts.

The highest FTP in the world of cycling is recorded in the history by the British cyclist Bradley Wiggins. He was estimated to have produced an average of 440 watts in 2015 when he pedalled about 34 miles, setting the men’s record.

Another high cycling FTP was noted in 2015 when the road racing cyclist Chris Froome performed tests on himself to determine his FTP over 20-40 minutes. The FTP was 419 watts which corresponded to 5.98 watt/kg. His FTP in 2007 was 420 watt at a weight of 75.6kg. 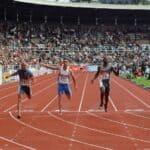 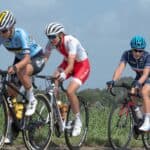