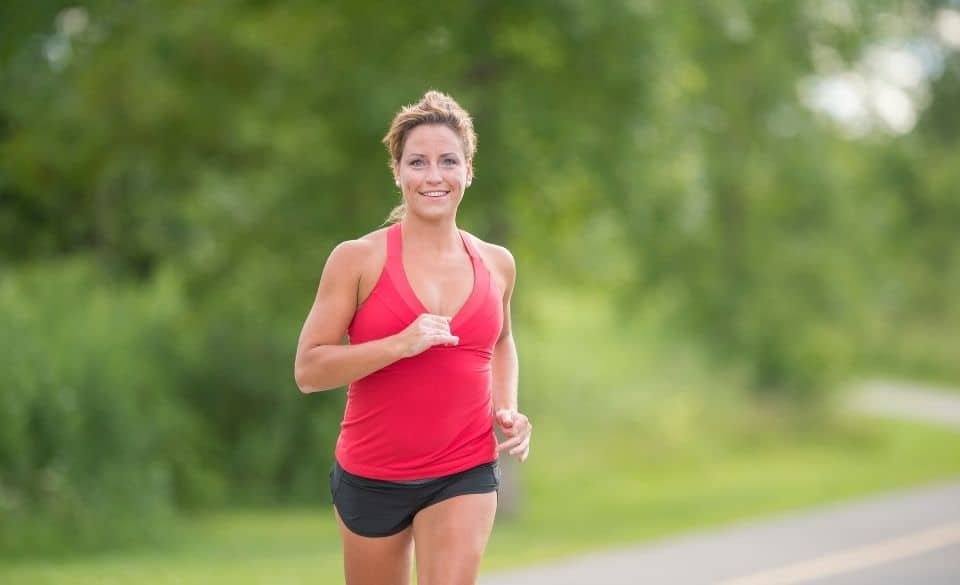 Distance running on keto has gained widespread popularity among runners because of the fat-burning effects. But there have been numerous studies that suggest a ketogenic diet may not increase your performance at all. In this article, we look at one of the latest ketogenic diet studies and the ultra runner keto diet that is increasing in popularity.

For years nutritionists have pushed that the runner’s main source of fuel was carbohydrates. Because of this, we know from scientists that a high carbohydrate diet raises the glycogen levels in the muscles and liver. But not so long ago they realized the body is full of fat stores and there was a possibility of using fat as fuel.
Many scientists have explored the idea of placing athletes on a high-fat diet while limiting carbohydrate intake. By doing this they have been able to observe the metabolism and performance changes of the runner.
Once this was made public many recreational runners started following the same technique of increasing the body’s ability to use fat as fuel. Because of this more and more athletes are distance running on keto rather than a carbohydrate-based diet.

In 2017 a study was performed on forty-two healthy people that analysed the effects of the keto diet. They looked at the physical fitness, body composition, and fat metabolism of each person that followed a ketogenic diet for six weeks. During this time 72% of their calories came from fat, 21% from protein and 7% were from carbohydrates.

READ   How To Prevent Nipple Chafing When Running? A Complete Guide

Once the six-week period finished, the researchers analysed the performance of each individual and found that their aerobic endurance declined by 2.4 percent. This wasn’t the only downside they experienced, their LDL-cholesterol raised considerably above 10% as well. Both of these results are bad news for runners looking to use a ketogenic diet to increase their performance.

Although the study was small, the eight male subjects consumed either a diet of 70% fat, 15% protein, and 15% carbohydrate or a carbohydrate-rich diet of 50% carbs, 30% fat, and 20% protein. Both diets were analysed over 4 weeks, and they found the keto diet group experienced a larger drop in body fat and BMI.

Interestingly though, the subjects on the keto diet experienced an increased aerobic capacity during low and moderate exercise. But this later reversed in the later stages of exercise, showing that carbohydrates are still our main source of fuel during intensive workouts. 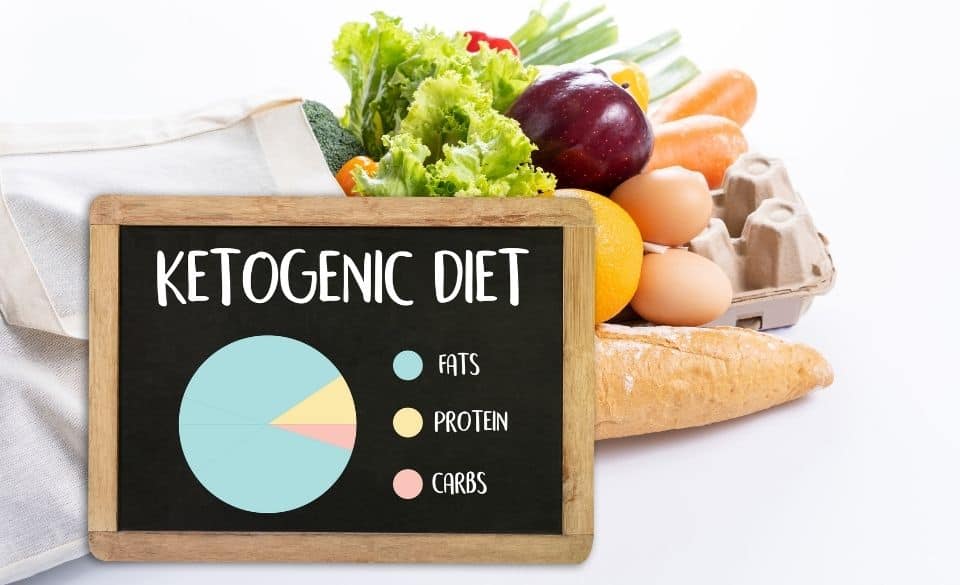 Today, there are many long-distance runners following the ultra runner keto diet in the hope to improve their endurance over ultra-distance events.

Even though recent studies have gone against the grain of using a keto diet to improve performance. For the ultra runner, it may be beneficial to help lose unwanted weight.

A typical diet sees us consuming anywhere from 170 to 310 grams of carbohydrate per day. For the ultra runner though, this may well go above those numbers depending on your training. Anyway, because of the high amount of carbohydrates in our diet, our overall calorie intake is usually about 70-80% per day. So shifting to a keto diet requires a radical drop in carb intake.

READ   How Long Are Ultra Marathon Races? Guide To Knowing How Much To Train

By reducing the number of calories from carbohydrates and increasing the fat, we can force the body into using fat as an energy source. For the ultra runner, this could be a blessing in disguise. Since they are spending more than 5 hours running over undulating terrain, the weight loss benefits could improve performance. Especially for events like the Everest Marathon.

Each runner is different though, and the ultra runner keto diet may work for one person and not the other. There are more studies available, so we recommend you do your research before distance running on keto. 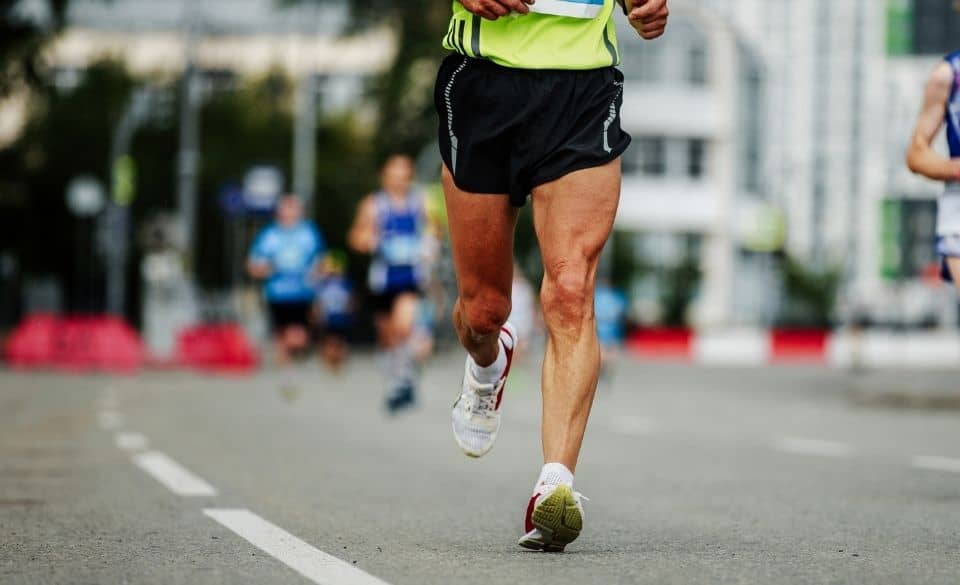 What To Eat During Marathon On Keto Diet?

For the elite runner wanting to improve their marathon time on a keto diet, it won’t probably help based on recent studies. But if you’re a slower runner looking to just complete the event, there are multiple foods you can eat during a marathon.

Before the event, a lot of runners focus on drinking smoothies. Mixing strawberries, raspberries, and blackberries with some avocado, paired with unsweetened almond milk provide an energy-rich smoothie that is relatively easy on the gut.

During a marathon, it becomes a little more difficult though. The foods need to be digested with ease to prevent any GI issues during the race. This is where many runners tend to focus on consuming keto running gels or packaged nut butter. These are both easy to carry and digest while running.

Other options that may work for some are sunflower seeds. Although this takes longer for the body to process. It just shows that there are plenty of products to eat during a marathon on a keto diet. 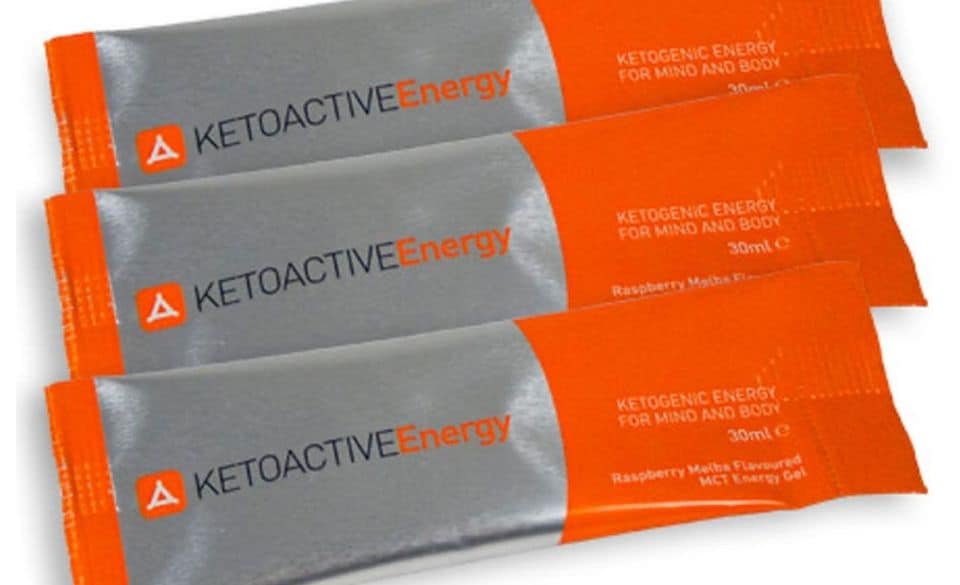 Choosing the best keto running gels for you require trial and error. What may work for one runner, may not work for another. But saying that there are multiple brands on the market today that provide gels for people following this diet.

READ   Top of Foot Pain From Running & After - What You Should Know?

Ketolife is one of those brands. It provides a high source of energy for runners on a ketogenic or a vegan diet. These energy gels are extremely well digested because the energy source is coming from MCT oil, which is a medium-chain triglyceride.

Another brand that seems to be popular is the Stealth Energy Gel. These gels provide a low carb energy boost during long training or racing. They also help to boost ketone levels during exercise and contains C8 MCT (medium-chain triglyceride).

Other products on the market can help you but the best keto running gels are the gels your body agrees with. We all know GI issues aren’t the most fun thing to have, so testing multiple brands is the best way to go.

The best fuel for keto running depends on the intensity of the workout. If you are running long distances at a slow to moderate-intensity you may be able to eat solid foods.
Food like cottage cheese and yogurt can be eaten during longer runs when you have time to ease back the intensity. Other foods like avocado may require you to pause for a short time.
If you are racing a marathon or shorter event, it’s recommended you focus on getting your fuel from energy gels. This won’t slow you down during the race and provide you with a quick source of energy 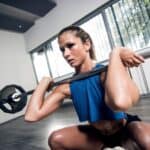 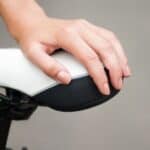