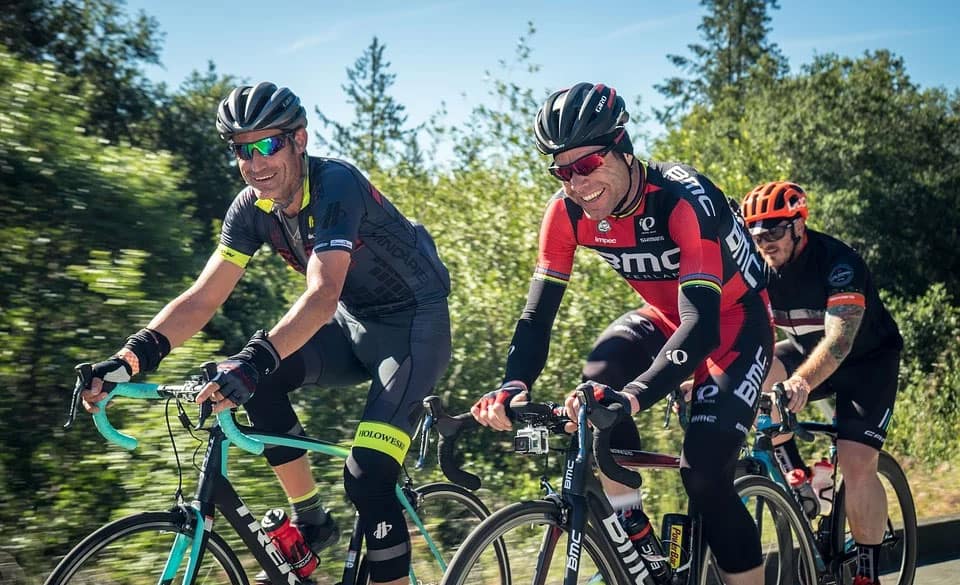 Can Group rides And Bunch Rides Improve Your Training?

The social part of cycling is one of its great attractions, but many wonder if you should bike alone or accompanied. Although it is a somewhat individual sport, joining a group ride or bunch ride is much more entertaining. Let’s see how to incorporate that social part with your cycling training plan.

This group outing, whether with a club or friends, has been the main reason for them getting hooked and wanting to progress their performance on the bike. Many of the cyclists we train are athletes who have taken up cycling later in life. These people started with the recommendation of a friend who helped them start with a club or group ride. After suffering in the first few rides they begin to get better, suffer less and begin to keep up with the local group ride. From here their cycling journey starts, the spirit of overcoming is activated and they begin to train during the week, in addition to the weekend.

As their performance improves, they start to enjoy cycling and usually consider training more frequently. However, as their cycling goals increase, it seems that there comes a time when we have to choose: either to continue with the group, or get a little more serious with the cycling training. Cyclists are told or often read that it is time to put aside weekend club riding to follow a well-structured high-intensity training plan. Suddenly, it seems that training seriously and all year round is incompatible with the fun weekend group rides we did before. The question is how we can make training and the social group rides compatible with each other?

The difference between training alone or in a group is being able to control the intensity. Obviously, if we go alone, we decide the intensity by choosing the route and the the intensity of the training session. But in general we are able control intensity to our specifications. On the contrary, group riding means that the intensity will no longer depend entirely on yourself but on your fellow cyclists. No matter how many bunch rides you have been on, the groups are unpredictable.

Group riding often becomes a series of accelerations, attacks and sprints. The lack of control and nature of bunch riding theoretically can be a problem if you are following a coaches training plan. If, for example, we have a hard week with multiple intense workouts and the weekends group ride is much higher than planned, an excess of load can be carried to the following week. Or vice versa, if it is the next day we have a specific workout, a hard group ride could mean that fatigue prevents us from reaching the planned intensity. Of course, trying to complete a hard session fatigued can be difficult.

Another important factor of riding in a group is the choice of course. Unless we are in charge of picking the route, it is usually already decided. If your local club publishes a calendar of group ride routes in advance, the training can be planned around the intensity of these routes. This way, we limit interference between group riding and our training plan. But in the cases in when it is decided on the day it becomes more difficult to plan around your training.

The problem with group riding is that the route greatly affects the training stimulus. Flat routes, hilly courses, or rolling terrain induces different adaptations. That’s why we should keep it in mind whenever we can. 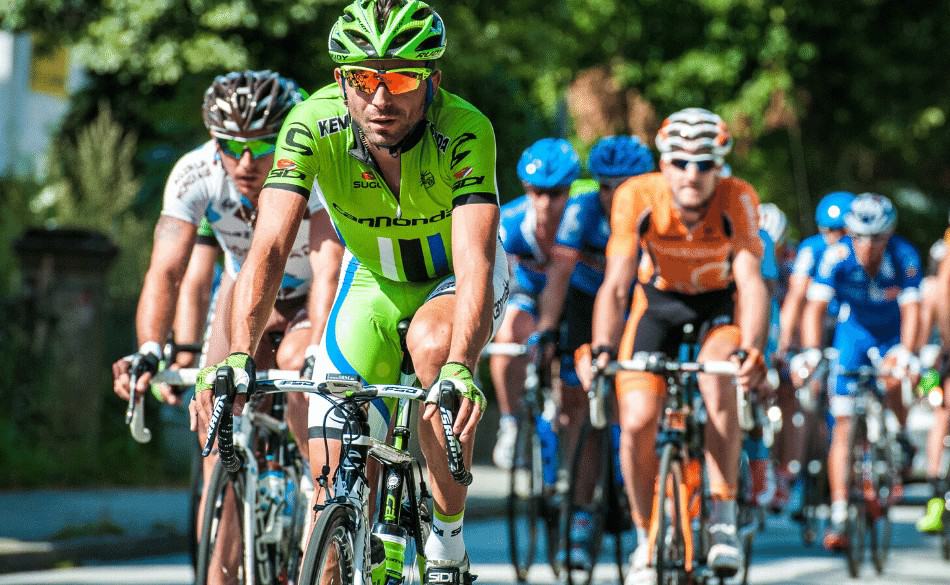 Organized group rides in your city can have its advantages. The most important of all, it’s fun. Although many of us enjoy going out alone, for most of us a good group ride is the highlight of the week. The social aspect is important to help break up the weekly training routine and offers an insight to riding in a bunch.

While it often helps with motivation, it can be the main objective of our training. To be able to improve and keep up with the group for longer periods of time is a common goal of the everyday cyclist. For the more experienced cyclist, it could be winning the bunch kick at the end.

Group riding often provides race pace efforts. Moments of high intensity and periods of low intensity, offers a similar aspect to that of competitions. Thus can often help us to push harder than individual sessions. The intensity that we can achieve during group rides is difficult to achieve training by yourself. We mentioned earlier that this could be a problem for organised training at certain times, but it can also be a help if we use them at the right times.

Seeing you performance increase over time and see your fitness grow is one of the aspects of weekend group rides. 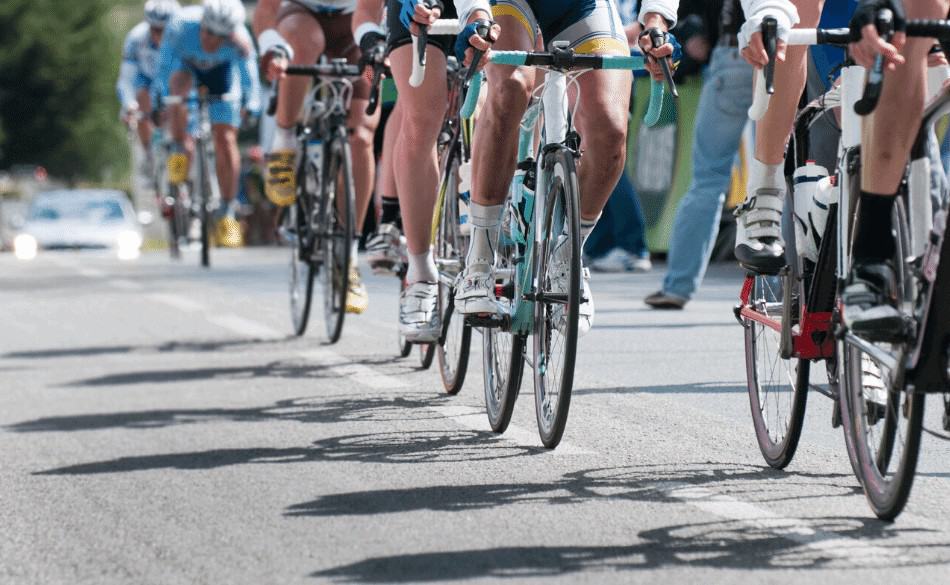 How To Make Group Rides and Training Compatible

If you have a local group ride or are in a cycling club where there are weekly group rides, do not leave it, at least during the beginning of your training plan. Because of the advantage it can provide, you will see how easy it is to combine it with your weekly training.

In order to be able to introduce the group riding into our training we have to start by evaluating what usually happens with group rides.

The biggest factor will be the type of cyclists you are around. Are they stronger? equal? or have a lower fitness level than you?

Group Rides For Different Parts Of The Season

In the beginning of the season, especially after your off season, introducing training back into the system at low intensity is important. Riding in groups with people slightly lower in fitness can help your introduction back to training. Joining a group ride during this period every few weeks can help us slowly build our current fitness level without adding too much fatigue.

During this period it helps us see our form in relation to others while also helping you gain motivation for training again.

If we haven’t lost a lot of form during the off season, 1 month would be enough before starting a weekly group ride. What we have to do is to compensate for this higher intensity than normal in this phase, with increased rest days or recovery days. The important thing is to control the weekly load.

Use Bunch Rides For Competition Practice

Depending on your approach to upcoming races, finding a midweek fast group ride can be of benefit. Planning in a midweek group ride often allows higher intensity than the weekend ride. Usually of shorter duration, this can often help you will leg speed and short bursts of power. Putting this together with the longer group rides on the weekend allows a good variation to your training in the build up to your races.

READ   Average Cycling Speed By Age - How Does it Compare?

It is important when adding two weekly bunch rides to your training that you allow adequate recovering. Use the early midweek group ride for higher intensity efforts and the weekend ride for longer threshold type efforts.

If you find in your local area the bunch rides aren’t as hard as you need, there are some simple tricks that can help. Dropping from the group and allowing a small distance from the last rider will increase your power output. Instead of annoying your fellow riders by pushing too hard on the front, spending periods behind the group can help you push that much needed power.

Remember local bunch rides can be both a positive and a negative. Planning them correctly into your cycling training plan can provide much needed fitness improvements while providing a bit of fun.

– Riding in group is motivating and fun.
– If you don’t have a group to go out with, even if it is once in a while, look for local bunch rides
– Riding with people of equal or higher level increases the intensity of training in a way that we cannot do on our own.

– Riding in a group makes us lose some control over the intensity of the training and makes it more difficult to do structured workouts.

– The choice of course is important to know what type of training intensity it would be.
– You can go out all year round with the group, but if you want to maximize your performance, know how to adapt certain group riding to our training.

– At the beginning of the season or when our form is low, it is important to go out alone, even if it is at the cost of missing group rides.

– When the competitions are approaching we should look for groups that use similar courses to that we will have in the races.

– If you go out all year round with the group, don’t turn every outing into a race, try to alternate the intensity and if you can’t, sacrifice some group outings to go alone.

– Bunch riding can be fun, don’t let the group pressure decide for you.

In spite of the above, you can always combine going out in a group with a good workout, you only have to know how to adapt the rest of the sessions and control the weekly training load to get the best of both worlds. 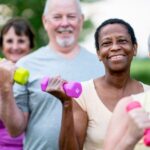 7 Reasons Why You Should Do Regular Physical Activity 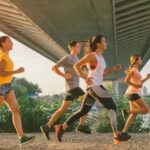 13 Reasons Why You Should Start Running 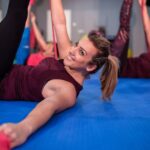 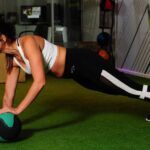 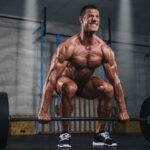 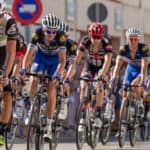 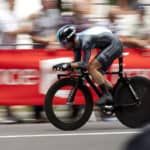 What Is The Right Pedaling Technique?